Visiting Charlotte Perriand: The Modern Life at the Design Museum‍

London's Design Museum is currently presenting an exhibition on Charlotte Perriand (1903-1999) up to 5th September 2021 titled Charlotte Perriand: The Modern Life (https://designmuseum.org/exhibitions/charlotte-perriand-the-modern-life). The exhibition showcases the work of the French architect and designer, who works between art, architecture and design over a remarkable 70-year career. If you have time to see just one exhibition in London before September, this insightful display of Perriand's work should be it. As one of the few exhibition openings since the lockdowns, I have been looking forward to it, especially since I missed the chance to visit the Charlotte Perriand: Inventing A New World exhibition in Paris.

Most notably known for her collaboration with Le Corbusier and Pierre Jeanneret in the 1920s and 1930s, the exhibition reveals a series of pages from her notebook filled with sketches, photographs, scale models, prototypes as well as final pieces, showing a glimpse into her creative process that spans from furniture design to a modernist resort. The modernist resort is Les Arcs, France designed by a collective of architects led by Perriand which is well-documented in the exhibition. Les Arcs happened when Perriand was in her 60s which she continued to work on over two decades. There are several reconstructions, like the image above of the Place Saint-Sulpice apartment room. The faithful reconstruction in 1:1 scale at the exhibition makes it hard to believe that the spaces portrayed in Perriand’s work were designed and completed decades ago, especially since some of the recognisable furniture like the LC7 chair in the Place Saint-Suplice apartment is still produced by Cassina today. Indeed, Perriand’s furniture pieces have become design classics that garnered a group of collectors from gallerists to musicians in recent years.

A little bit of background on Perriand, her parents were a tailor and a seamstress; her understanding of craft and human ergonomics may seem innate, but perhaps it was trained from her early exposure to making to suit the human body. Perriand's acute understanding of ergonomics is perhaps what enables her to design furniture that feels like a glove to your body, as well as designing compact spaces without restricting the human body. Interestingly, at the Design Museum, one has the opportunity to try on the chairs that Cassina sells today; sitting on an actual piece of furniture really is the best way to understand the detailed consideration that Perriand had given to each of the furniture pieces. In addition to her understanding of ergonomics, her furniture also conveys her attitude towards the hierarchical society. For example, the Boomerang Desk in the above image shows how Ce Soir's newspaper editor would be able to turn to face each team member during meetings without a sense of hierarchy - breaking down hierarchy through design. This just shows Perriand’s attitude that transcended into her work.

The exhibition space is not particularly large but thoughtfully curated with insightful revelation in each section. One that I particularly enjoyed is the video interviews displayed on the screen. Visitors to the exhibition can watch and listen to the way Perriand describes the concept, purpose and influences in her design. From the way she describes her work, she was acutely tuned in to the modern life. Perriand also brought her socialist and feminist attitude to the architecture and interior design of her projects. For example, in Les Arc, she insisted on an open-plan kitchen design because a separate kitchen completely changes women's interactions with the family, as women are often doing the preparations in the kitchen. In response to the objections, she even handed out her contact number to buyers who wanted to add on walls in the unit; she wanted to talk to the buyers in the hopes to change their minds.

One of the important factors of Perriand’s success, in my opinion, is the cultural exposure along with the deep understanding of the craft that she gained from Japan and Vietnam. The exhibition records some of her influences whilst in Japan. Her stay in Japan, supported by the Ministry of Commerce and Industry because she was an advisor on the production of industrial art in Japan and also took on the role to discover Japanese objects for exports. Perriand was quoted saying “at the time, Japan was like the Moon.” It is apparent that Perriand's two years in Japan visiting cities like Tokyo, Kyoto and Osaka, as well as the Japanese countryside left a lasting impression on her and influenced her work; Perriand began designing with a newfound understanding of the power of emptiness, as well as began using natural materials and organic forms in her work.

In the one hour that I spent in the exhibition, Perriand's modular thinking - designing and planning with efficiency has been a clear underlying concept that is present in her work from small scale lighting to large scale housing. In addition, hints of this way of thinking and way of life can be seen in her life too, eg. choosing to wear a custom chrome-covered copper balls necklace frequently that became her signature. Her understanding of manufacturing efficiency is apparent in the prefabrication method she applied in her projects, eg. produce mass housing in alignment with industrialisation and modernism to take advantage of the technology to improve the time frame to build and to improve quality - built quality and the quality of life. In doing so, Perriand's projects inherently have a minimal impact on their surroundings. No doubt if she was alive today, her work will continue to champion her way of living and evolve with the development of technology that is available today.

First published on ADF Web Magazine on 01/08/2021. If you have any questions or simply to discuss the Charlotte Perriand: The Modern Life exhibition, please do not hesitate to contact me via email at von@vonxarchitects.com 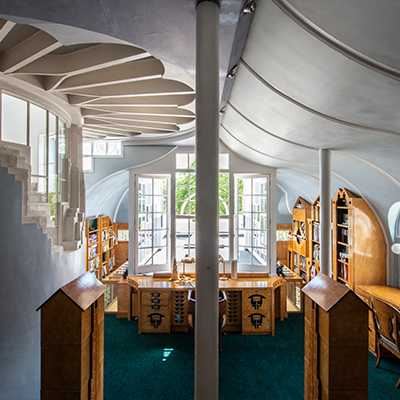 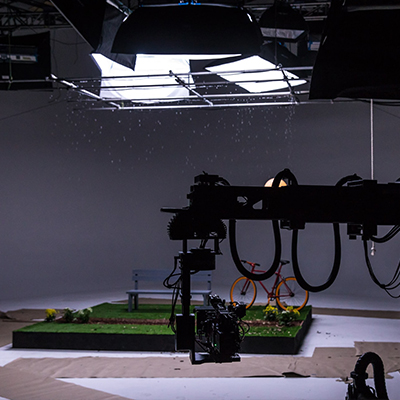 Read more
Design
Architecture of Movies: When Architecture Plays the Best Supporting Actor
back to blog